Bedtime Books You’ll Love As Much As Your Kids Do! | Stamford Moms

Bedtime Books You’ll Love As Much As Your Kids Do!

I love reading with my son at the end of the day, before bedtime! But I have to admit… our book selection has gotten a little stale. And despite the endless number of books to choose from on Amazon and at the library… I don’t actually know which book to buy next! Luckily, Rosemary D’Urso contributed this article with some great books that parents and children will love, to our parent site The Local Moms Network! She’s the school library-turned SAHM behind and librarymom.com. Follow her on Instagram @librarymombooks and see her selections, below! 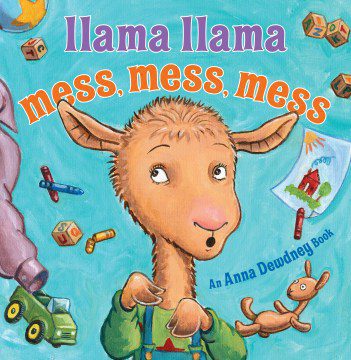 This popular series uses bouncy rhymes and colorful illustrations to share the many life lessons a little Llama learns. In the newest book, Llama doesn’t want to pick up his toys and Mama Llama encourages him to imagine what their house would be like if she never cleaned. The pictures of Mama Llama creating her own mess are laugh-out-loud funny and will hopefully leave children with the inspiration to clean up their own playthings! 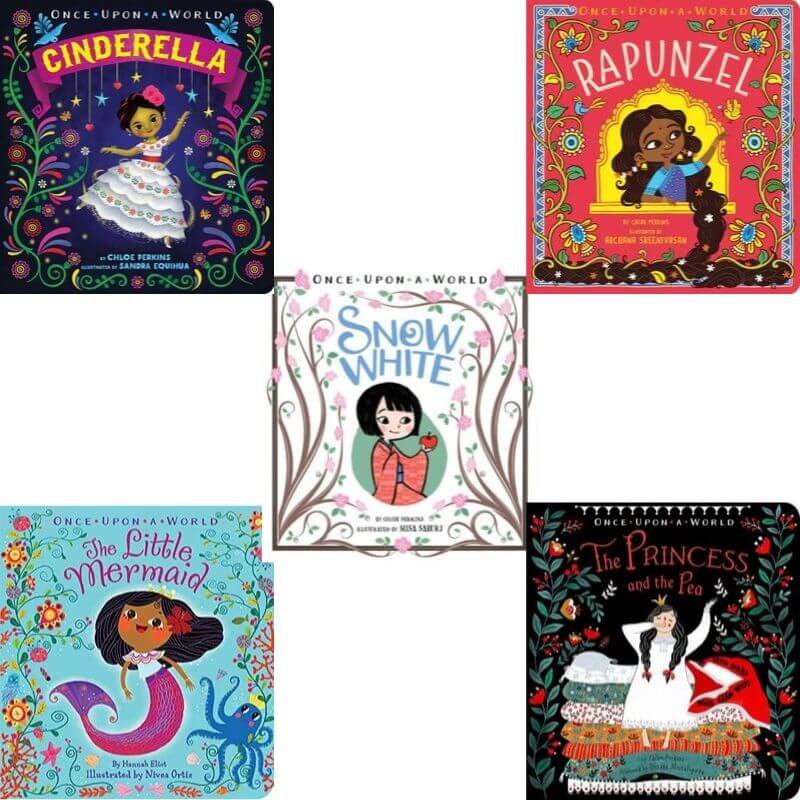 Once Upon a World Series by Chloe Perkins

This charming newboard book series takes classic fairy tales and breathes new life into them with multicultural characters. The stories themselves stick to the traditional telling, but the settings are changed to foreign countries including Japan, Mexico, India, Russia, and the Caribbean. While the author remains the same, each book is beautifully illustrated by a different artist who expertly captures the culture of each country. With diverse heroines, many little girls will love seeing themselves reflected in the famous fairy tale characters. 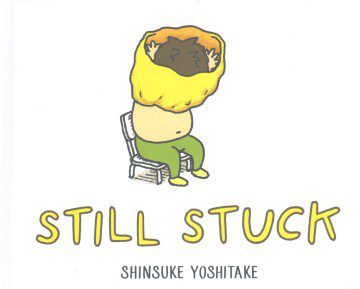 When a stubborn toddler insists on getting dressed by himself and becomes stuck in his shirt, he imagines what life would be like if he remains in his shirt forever. Obstinate children are sure to find a kindred spirit in this character and adults will relate to this situation all too well! 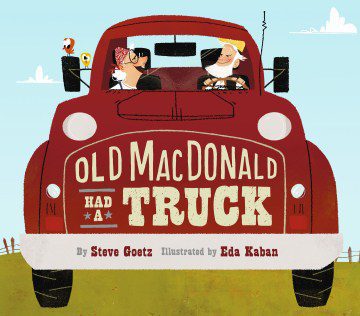 Old MacDonald Had a Truck by Steve Goetz; illustrated by Eda Kaban

Trucks, construction vehicles, girl power and a catchy tune… these are just a few of the things that make this children’s book a standout. This clever adaptation of the old folk song reveals that in addition to farmyard animals, Old MacDonald also has numerous construction vehicles including excavators, cement mixers, and bulldozers, as well as a wife that is not only a talented mechanic, but also a monster truck driver. Pure fun! 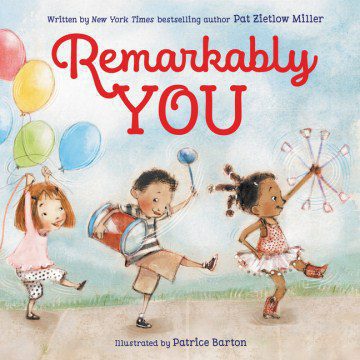 Remarkably You by Pat Zietlow Miller; illustrated by Patrice Barton

Eloquent rhymes inspire young readers to be themselves, find their talents, and pursue them. The beautiful artwork featuring a diverse group of children perfectly compliment the lyrical text. The myriad of positive messages in this timeless book makes it a perfect story to share with a loved one. 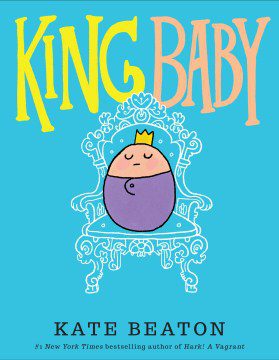 The hilariously accurate portrayal of parents serving their child’s every whim makes for a highly entertaining picture book. I honestly don’t know who will laugh more from this story adults or children. The entire concept is hysterical, heightened by the over-the top narration that is so much fun to read aloud. 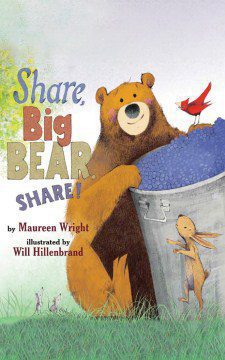 Bear has found a large pile of blueberries and is about to dig in when a large tree reminds him, “Share, Big Bear, share!” With each prompting, Bear mishears the tree and performs a comical task. When Bear finally understands the tree’s message, he happily shares with his forest friends. Toddlers will love joining in on the refrain and parents will enjoy the positive message of sharing presented in such an engaging manner. 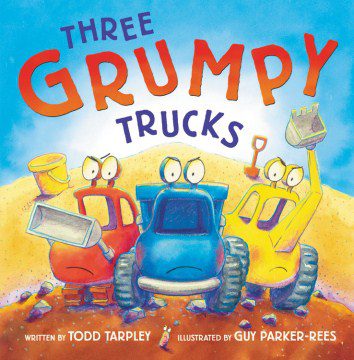 Upbeat rhymes, exciting onomatopoeia, and bright illustrations fill the pages of the humorous story of three toddler-like construction trucks who throw a tantrum when it is time to leave the playground. Adults and children are sure to see aspects of themselves in this sweet story. 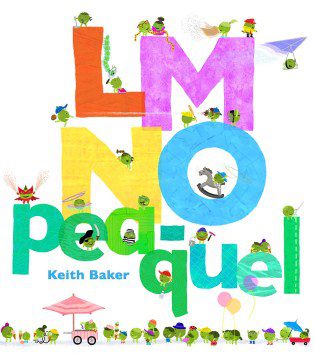 LMNO-Peaquel by Keith Baker Keith Baker’s series about an adorable group of anthropomorphic peas who playfully teach children about letters, numbers, colors, and months is a staple for many classrooms and families. This latest installment uses whimsical illustrations and rhyming text to introduce lower-case letters. Parents will love the advanced vocabulary presented and both children and adults will enjoy pouring over the detailed illustrations of the busy peas performing tons of eye-catching tasks. As an added bonus, there is a ladybug that appears on each page that is fun to hunt for. 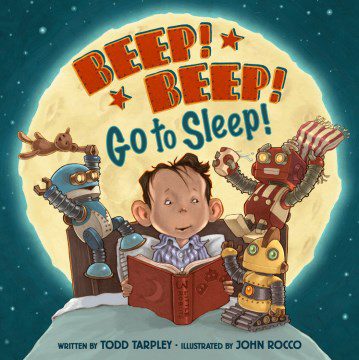 A little boy tries to put three rambunctious robots to bed only to be met with silly hijinks. The robots are reminiscent of toddlers, which will cause children and adults to chuckle at this cute rhyming story that is perfect for bedtime. 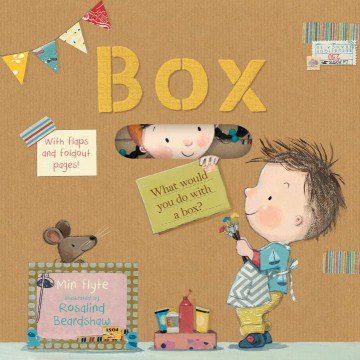 When four toddlers are given toys, they quickly discard their new gifts and instead focus on the boxes. With a little imagination, each box is transformed into something new including a castle, a boat, a plane, and a rocket ship. The thick pages and fold-out features make this a fun book for little hands to explore while inspiring their own creativity.

So, head to one of the Ferguson Library branches ASAP to try some of these books! And if you need a library card, you can apply online, here! Then, go to the library to pick up and activate your card.

This article originally appeared on our parent site, The Local Moms Network 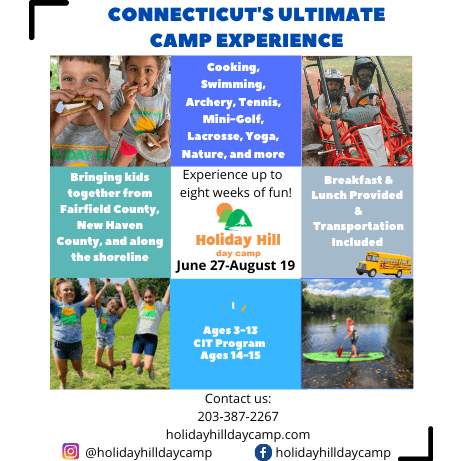